During March 2014 The Israeli Building Center held in an apartments Fair. The fair was marketing successfully on Facebook. Facebook contacted me to write case study about the success of the campaign. You are more than welcome to read what I did and how we were able to bring tens of thousands of potential buyers. the Case Study published in Facebook for Business website.

Fialkov Digital is an Israeli based social advertising agency, focuses on delivering performance-based results for clients worldwide. The Israeli Building Center is a group of companies supplying various services to the private and professional market, including a visitor’s center, the Building College and the Ultima School of Design, as well as consultation, and housing and real estate fairs.

Using Facebook’s advanced tools raised awareness to the Housing Fair, diverting surfers to a registration site, as well as offering tickets to the event, thus enabling the Israeli Building Center to host many potential buyers at the fair.

Using Facebook’s advanced tools was instrumental in the campaign’s success. Considering the limited number of potential buyers of new apartments in Israel this year, finding these potential buyers on Facebook at a low cost, enabled registration of many of these to the fair.

We used Custom Audience to target these potential buyers, based on existing information available to the Israeli Building Center. Correct use of the Look-a-like option caused Facebook to present the ad to individuals similar to these in the Israeli Building Center’s original lists. Furthermore, wide and segmented use of Facebook remarketing (WCA) enabled re-finding customers who did not register their details, segmenting possible buyers on Google, Facebook and internet banners.

We creative stressed the advantages of the Housing Fair as well as the strength of the Israeli Building Center’s brand name. The use of newsfeed ads and side ads succeeded in diverting surfers to theHousingFair’s site. Using Facebook’s new Call-to-Action (CTA) buttons helped raised the ads’ CTR.

Together with Facebook’s advanced tools,We offered low expense leaders and returns beyond expectations.

In comparison to Facebook’s regular targeting, We secured the following results:

230%  Higher Conversion Rates, in comparison to other forms of advertising (banners, Google).

“Using Facebook’s advanced tools was critical to the campaign’s success. Considering the limited number of new apartment buyers in Israel this year, finding potential buyers on Facebook at low cost and being able to engage online or at the housing fair was really important.”
Eren Rolls, Chairman, The Israeli Building Center 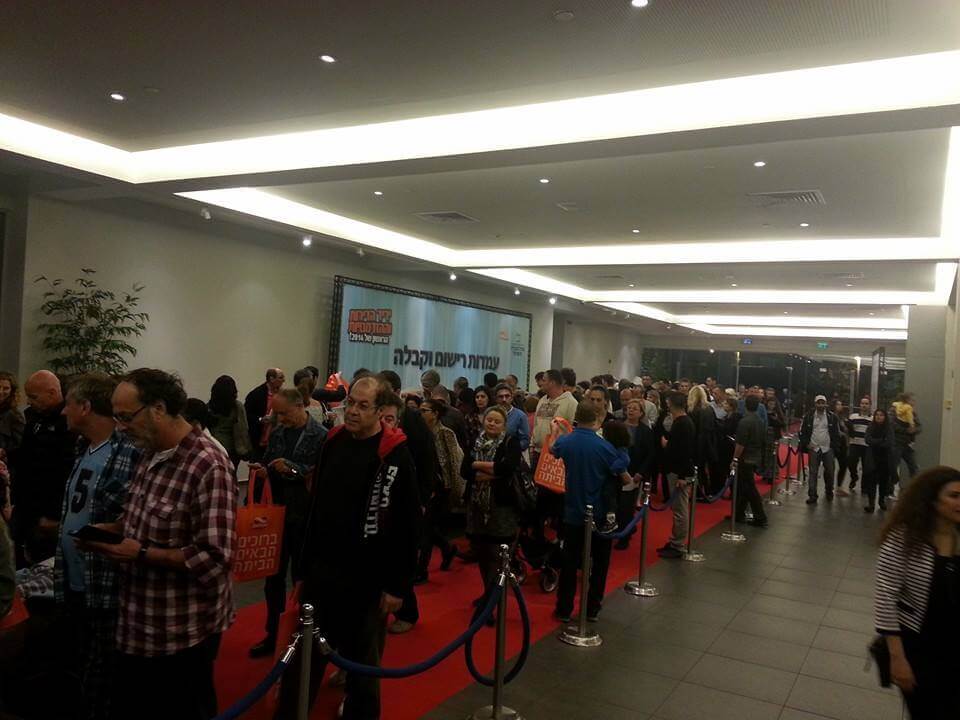 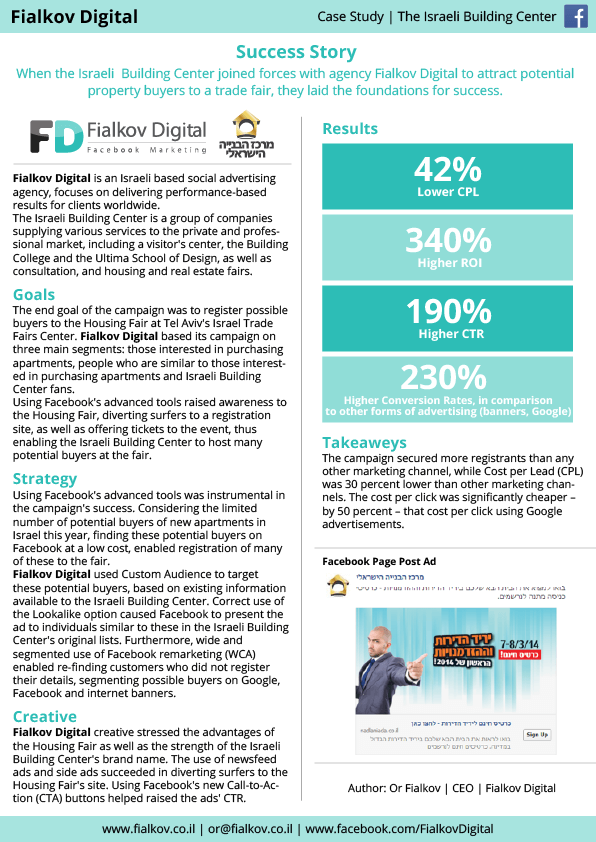 Want to promote your business with our experts?

© All right reserved to Fialkov Digital
Scroll to top